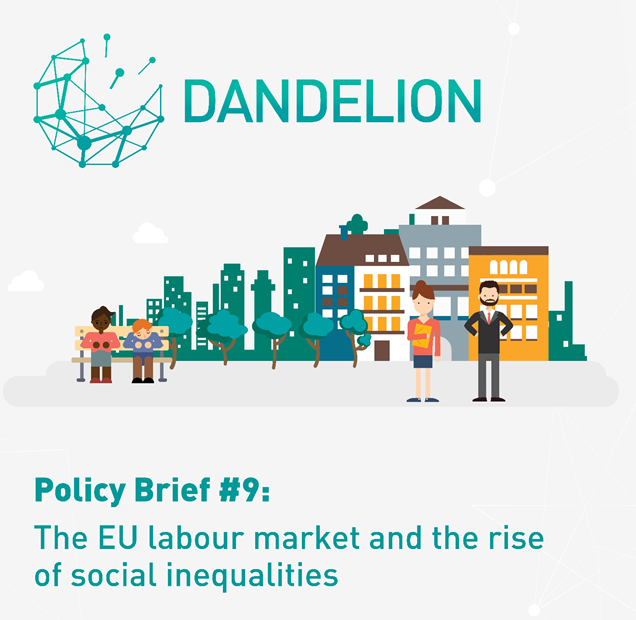 The global financial crisis of the past decades has led to the rise of social and economic inequalities in society. The rise of socio-economic divide in the EU is further aggravated by the labour market situation and the current trends in the division of labour and the type/quality of employment.

It is considered that the high unemployment rate along with the unequal accessibility to the labour market, and the low chances for career development impact on social cohesion, have resulted in “long-standing damages on individuals’ lives”.

In fact, the deterioration of the labour market, as a result of the financial crisis, caused 24.5 per cent of the population of the EU-28 to be at risk of poverty or social exclusion

More specifically, the current labour market condition in the EU, which serves to exacerbate socio-economic inequalities and threatens the social integration of the EU, is characterised by (OECD, 2017):

🟢#Transition2bio organised a free online peer2peer training for teachers on how to teach #bioeconomy on primary school level.
📺Watch the training and get inspired!✨
▶️Practice example: Bioeconomy for a sustainable future by Semih Esendemir, BLOOM!
https://bit.ly/3TWwJqm

#SaveTheDate
📢@Glaukos_project is organizing a workshop with @bioplastics_eu, European Bioplastics Research Network and @EuBioNet1!
🟢Unlock the potential of bio-based and biodegradable plastics: challenges to be addressed
📅3 Nov 9.00-12.00CET
🗣️Join the debate! Details soon!

🟢 #YoungBioeconomyEntrepreneurs
🎬 Michael Lykke Hvam, CTO of @cemeconscan Scandinavia A/S!
💡 CemeCon provides industrial surface coating with #biological materials!
🗣"You should make sure that what you do is something you like!"