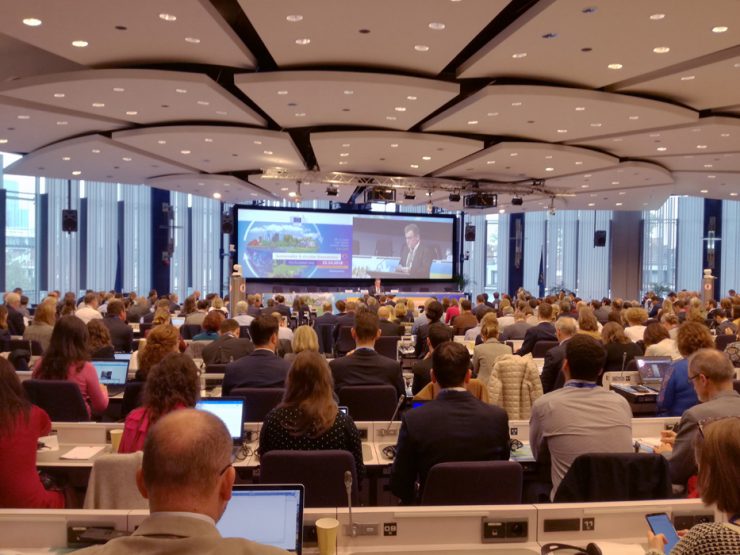 On 22 of October 2018, the European Commission’s Directorate-General for Research and Innovation organised the High Level Bioeconomy conference focused on the need to have a sustainable and circular bioeconomy to enhance the transition in a changed EU policy context and towards a new environmental, social and economic reality.

The conference was an opportunity to present the update of the European Bioeconomy Strategy, launched by the European Commission on October, 2018. The update aims to set new challenging objectives, starting from an action plan focused mainly on: strengthening and expanding bio-based sectors, unlocking investments and markets, developing a bioeconomy declined in territories across Europe and strengthening the resilience of terrestrial and marine ecosystems through their constant monitoring.

The strategy estimates that the implementation of the action plan could create up to 1 million jobs in the bio-based industry by 2030, contributing to climate change mitigation and reducing CO2 emissions by up to 2, 5 billion tons a year.

During the event, a bioeconomy corner showcased tangible bio-based products and applications in everyday life.

The European Commissioner Carlos Moedas visited the bioeconomy corner and representatives of the BIOVOICES projects showcased examples of Bio-based products like cosmetics from insects, compostable diapers, clothes from coffee grounds, apple skin and orange juice residues, notebooks from elephant dump, nutraceutics from tomato peel, 3d printed cups from hemp and several other applications that will contribute to decrease the fossil based dependence for a more sustainable future.

The Commissioner Moedas also meet Nicholas, a young student that explained how he make soap from wasted kitchen oil.

🟢#Transition2bio organised a free online peer2peer training for teachers on how to teach #bioeconomy on primary school level.
📺Watch the training and get inspired!✨
▶️Practice example: Bioeconomy for a sustainable future by Semih Esendemir, BLOOM!
https://bit.ly/3TWwJqm

#SaveTheDate
📢@Glaukos_project is organizing a workshop with @bioplastics_eu, European Bioplastics Research Network and @EuBioNet1!
🟢Unlock the potential of bio-based and biodegradable plastics: challenges to be addressed
📅3 Nov 9.00-12.00CET
🗣️Join the debate! Details soon!

🟢 #YoungBioeconomyEntrepreneurs
🎬 Michael Lykke Hvam, CTO of @cemeconscan Scandinavia A/S!
💡 CemeCon provides industrial surface coating with #biological materials!
🗣"You should make sure that what you do is something you like!"